When I was small, I was fascinated by martial arts. I really wanted to learn Kung Fu. But my parents didn’t take me serious. Maybe because I am a girl. 😉

When my brother was 11 years old, he learned Taekwondo after school. Sometimes, he practiced with me and of course, I was the one who was thrown.

In the University, my best friend joined “Hapkido Student Clubs.” She told me that Hapkido is very good for a girl to learn. You could learn how to defend yourself, even you didn’t have a lot of power like boys. Because you would learn some skills and at least how to create time to get the chance for yourself to run away. That was my first time to know Hapkido.

In the end of 2016, I was in Frankfurt for the New Years Eve. In January, I catched up with Chris and he told me that he goes to Hapkido training twice a week. He knew that I would like to see more about Hapkido, so he invited me to join the training.

I was a little bit worried at the beginning. Because I knew nothing about it.I even didn’t know how to do it. But Chris told me not to stress myself and encouraged just go and try my best. So I went with him.

Finally I can say: It was fun and I really did learn something! Although I was not so good at it, but they tried to explain me every step slowly. They even spoke English the whole time! And they practiced it with me again and again until I could remember.

So, I want to say to Chris “Thank you for inviting me.” I was happy and I met some good people there, too. Everyone was very nice to me even I couldn’t really speak German. (I will keep learning!!) I had a great time. So next time when I am in Germany, I would like to go again and learn something new. Hope you guys will still remember me.

All the best, Cynthia 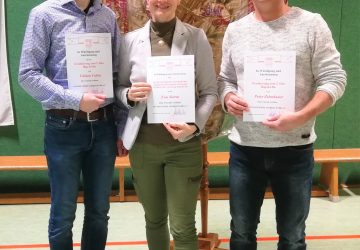 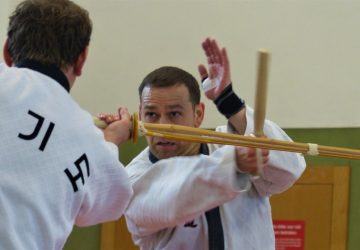